Who is Barrie Wells? 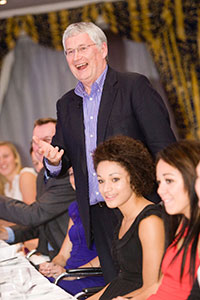 Born and raised in Liverpool and educated at Merchant Taylors’ School, Barrie Wells is a lifetime financial services entrepreneur and has founded, owned and managed insurance operations in both the UK and overseas.

These include the very successful direct home and motor insurance operation Prospero Direct, which later became AXA Direct; and Premierline Direct, the UK’s first direct commercial insurance operation which he founded with his business partner, Philippa Rothwell, and sold to Allianz in 2006. Barrie was also a Non-Executive Director for Marks & Spencer Money for 10 years. He has also delivered speeches at financial service conferences on all 5 continents and lectures to MBA students at Universities both in the UK and overseas on ‘Disruptive Entrepreneurship’.

Having ceased operational activity following the sale of Premierline in 2006, Barrie continues to take an active interest in other businesses where he can add shareholder value but only invests in projects that tick all his fundamentals. His most recent investments have been in both the UK and overseas 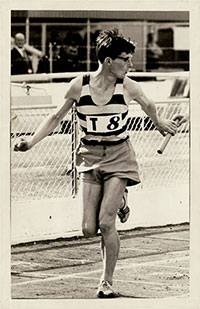 An ex-athlete and Grandson of former World Pole Vault record holder Ernest Latimer Stones, Barrie has been passionate about sport throughout his life and has always travelled the world to attend major sporting events. His biggest sporting passions lie within Olympic sports, especially track and field.

After attending his first Olympic games in Munich in 1972 and witnessing sporting history, jumping aboard a plane to sporting events all over the world has become one of his favourite pastimes. Some of Barrie’s most memorable Olympic experiences were at the Sydney 2000 Olympics where he was amongst the thousands of spectators cheering Sir Steve Redgrave on to his record breaking 5th gold medal and then later being in the Olympic stadium to witness all that happened on Magic Monday. Ever the avid supporter, whilst attending the 2008 Beijing Olympics with his son, Matthew, their itinerary included nothing less than supporting swimming in the morning, cycling in the afternoon and track and field in the evening, every day for 2 weeks. These trips have rapidly increased since he began this adventure and has included travelling the world to places such as Argentina, Australia, Estonia, Canada, China, Doha and South Africa to support his sponsored athletes.

Barrie and Matthew attended every day of the London Olympics, attending Athletics, Swimming, Modern Pentathlon and Triathlon to closely follow all the athletes he has helped. Some of his highlights included taking Katarina Johnson Thompson to the Gymnastics to watch their fellow Liverpudlian Beth Tweddle, who Barrie also helped, win her Olympic medal.

He is a huge Liverpool FC supporter and began following them since the 60s. His most memorable tour experience was travelling to Istanbul in 2005 cheering them on to their incredible victory at the European Champions League final. He was also in Madrid in 2019 when Liverpool FC won their sixth final.

Barrie has also supported our Patron, Katarina at meetings throughout the World since 2009 culminating in cheering her on to become the World Heptathlon Champion in Doha in 2019.

A chance meeting with, Kenny Dalglish, gave Barrie the opportunity to take up a corporate box at Anfield, something he had been on the waiting list for, for several years. Barrie knew that he could easily fill the box week in and week out with friends and associates for corporate entertaining, but instead decided to dedicate this special opportunity solely to seriously ill and disabled children who are all Liverpool fans.

The success at Anfield led to Barrie deciding to take the scheme to the next level by asking organisations and individuals throughout the UK to consider donating an executive box for at least one event per season. Often boxes are left empty at events and this has provided Barrie with fantastic opportunities to fill these boxes with deserving children.

Barrie has inspired many Premier League football clubs, rugby league, rugby union, tennis, Formula One, cricket, The Jockey Club and Farnborough Airshow venues to donate their executive boxes at least once per year. Along with major entertainment venues such as Wembley, O2 Arena and the Royal Albert Hall, another 150 individual companies and businesses have all come on board to support Box4Kids. Up to date Barrie has provided VIP experiences for over 10,000 seriously ill children and their families.

These VIP days out provide quality time for each child and a guest away from the day to day challenges they face with their illnesses. Sadly many of the children have now passed away, however their families often write to Barrie to say how the event was the best day of their child’s life and one which the family will never forget.

Writing in a very emotional and inspiring piece in The Times newspaper in 2014, journalist Matt Dickinson explains how Box4kids has made a difference to the lives of so many families. The article details the moving story of a young Liverpool supporter, Elliot Wild, who aged 9 was dying from leukaemia. Through the Box4Kids scheme, Barrie brought Elliot and his mother to Anfield to watch a Premier League game, an experience which his mother recalls Elliot summing up as “that was the best night of my life”. A few short weeks later Elliot sadly passed away but as his mother tells in the article, her lasting memory of her son is the sheer joy he had experienced on his visit to Anfield.

When Barrie first considered embarking upon his philanthropic career, it was only natural that his love of sport would somehow play a major role. Indeed, his idea to back elite athletes first came about when he was a spectator at the Beijing Olympics. Watching from the stands he knew he wanted to make a real difference in 2012 and beyond, and that he could offer more than just cash … a real interest and in-depth knowledge of sport. This would be combined with Barrie’s business skills to create an operating model that would work on many different levels, also including building on the legacy aspect of London 2012.

After careful selection from several of his favourite sports, Barrie personally funded a team of 20 British Olympic medal contenders across Athletics, Triathlon, Swimming, Gymnastics and Modern Pentathlon, including Jessica Ennis-Hill, Beth Tweddle and Katarina Johnson-Thompson. He made close individual relationships with the group and shared their Olympic journey which involved him fully understanding their training, short term and long term goals, giving advice on sponsorship and other proposals and accompanying them to competitions nationwide and overseas to offer his support. He was delighted that 11 of this group chosen in 2008 finished in the first six of their Olympic final!

Barrie also entirely funded Trigold – a scheme set up with British Triathlon in 2010 to fast track long distance runners into Triathlon with the aim of producing world class contenders. In return for their funding they participated in the Athletes4Schools programme.

Our Athletes4Schools scheme ran from 2009 up until the London 2012 Olympics and brought young people face to face with Olympic athletes that were personally funded by Barrie Wells.

Barrie wanted to build on the London 2012 legacy and further benefit sport at grass root level by encouraging young people across the country to take up sport. He created Athletes4Schools which involved the athletes he funded giving time back to the Trust to inspire young people through delivering fun and educational workshops in schools.

Barrie was awarded an MBE in the Queen’s New Year 2020 Honours List for his remarkable charity work.

In 2016 Barrie was awarded the Points of Light accolade by the Prime Minister in recognition of his exceptional philanthropic work.

Barrie was honoured to be made a Patron of Alder Hey Children’s Hospital in Liverpool in 2011.

‘I created the charity as I wanted to give the cash away in my own lifetime, so I could personally enjoy the giving and see the difference it makes’ 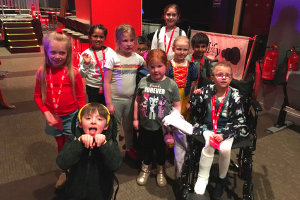 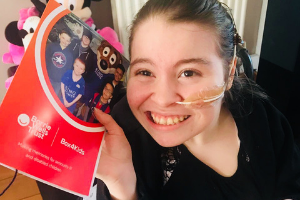 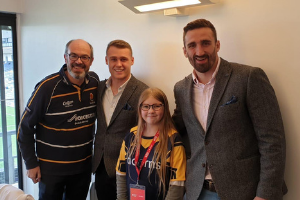