On Friday 22nd of January 2016 nine children from Notre Dame high school were treated to an exclusive VIP experience with team GB curling athlete Eve Muirhead. Winner of the bronze medal at the 2014 Winter Olympics in Sochi.

Barrie Wells kindly donated the curling experience to the school after successfully bidding for it at a charity auction. Barrie chose to donate the prize to Notre Dame as he is a good friend of one of the teachers at the school. “We are thrilled to extend our charity’s initiative to engage even more children in sports with the help of some of Britain’s GB athletes. There will be some very deserving children coming along and out of the ordinary experiences like these are great sources of inspiration. Who knows, maybe participating will inspire some of tomorrow’s great athletes?”

The way in which the pupils were chose for the event was through an assault course organised by the school’s sports ambassador Mark Mc Lachlan “It’s a once in a lifetime opportunity to be taught by a Team GB athlete. I watched Eve Muirhead compete at the Winter Olympics on TV so I’m delighted to have the chance to meet her as she’s a great ambassador for sport in Scotland. I play football but I’ve not tried curling before, so it’s a first for me.” 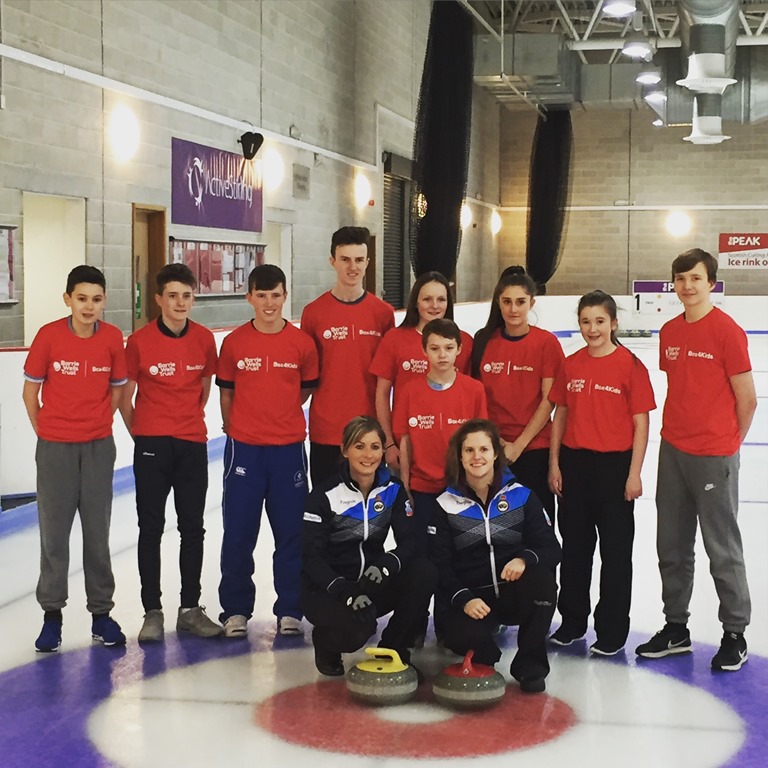 On the day the children were greeted by Eve Muirhead, Vicki Adams and our own former professional GB Triathlete and World/European Duathlon champ Katie Hewison. The children spent two hours on the ice learning the basics of the sport and were then spilt into two groups for a mini competition. The session concluded with an individual tournament to see who could get their curling rock closest to the target, one of the pupils actually beat Eve … so maybe we have inspired a future star!

This was a one off experience for the Barrie Wells Trust as the charity is focussed around creating amazing VIP experiences for children through our Box4Kids initiative. 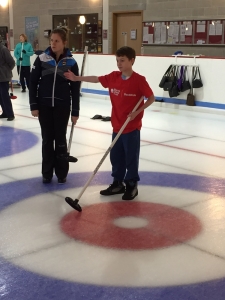 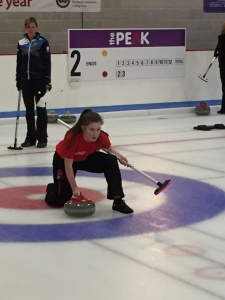