Another year has gone by and we are astounded by the fantastic support we have received in 2016, which has resulted in another record-breaking 12 months for Box4Kids!

With so many amazing events to choose from it has been incredibly difficult to choose specific highlights, so here are some facts to wrap up 2016:

“Thank you so much for inviting us both to Disney on Ice tonight, not seen my daughter smile since when got diagnosed with cancer ten weeks ago. This really made her night!” Disney on Ice presents Frozen, Newcastle Arena, 20th October 2016 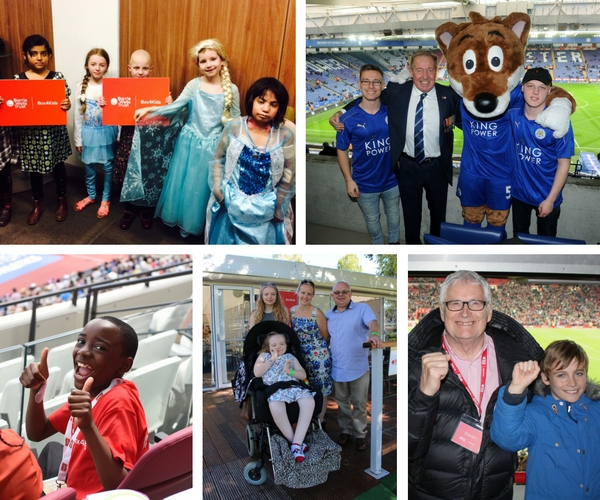 In 2016 we also welcomed Jackie Wild as a new trustee to the Barrie Wells Trust team. Jackie got involved with Box4Kids after visiting the box at Anfield with her son Elliot in 2010. Elliot was fighting Leukaemia and sadly lost his battle only a few weeks later. You can read more about Jackie here.

We are now on Facebook where we regularly post photos and testimonials from events. Visit and like our page to keep up to date with the latest news!

Finally, a huge thanks to everyone who has supported Box4Kids in 2016 and we are looking forward to working with you in 2017! Wishing you a Merry Christmas and a Happy New Year!