Event of the month: Dynamo at First Direct Arena

Home/Box4Kids Stories/Event of the month: Dynamo at First Direct Arena
Previous Next

Event of the month: Dynamo at First Direct Arena

In the week before Easter five children were invited by the Barrie Wells Trust to watch Dynamo from an executive box at the First Direct Arena in Leeds – and surprised with a meet and greet after the show! The children are undergoing treatments for leukaemia, Crohn’s disease, spinal muscular atrophy, brain abscess and cystic fibrosis in hospitals and hospices across Yorkshire and were thrilled by the exciting opportunity to meet the magician backstage.

For two boys from Hull Infirmary recently diagnosed with Crohn’s disease the meeting was extra memorable as Dynamo himself suffers from the same condition. Caroline, mum of Kristian, said “It was fantastic to see Kristian get to meet someone who shows that you can be successful despite a chronic disease. This experience will provide a great source of inspiration for him and we’re really grateful to Barrie and his team for making this happen”.

Jacqueline, another mother who came to the box, said “Thank you so much for inviting Edward to watch Dynamo. He enjoyed the VIP experience immensely and keeps telling his older brother that we had the best seats in the house! The show was spectacular and it was a delight to watch the look of amazement on Edward’s face as Dynamo performed his magic. Having the opportunity to meet Dynamo after the show was amazing and a very special surprise.”

With huge thanks to First Direct Arena Leeds for their continued support in providing Box4Kids experiences to deserving children. Stepping into April, our busiest month so far, we are eager to make even more cherished memories for children and parents across the UK!

If you have an executive box which you would like to donate for the benefit of seriously ill children in your area we would love to hear from you. Click here to get involved. 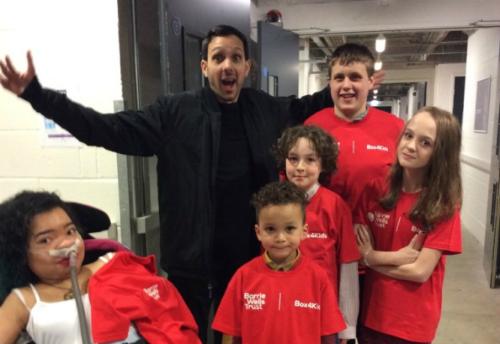 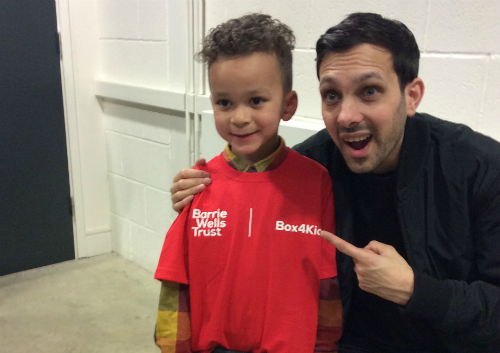 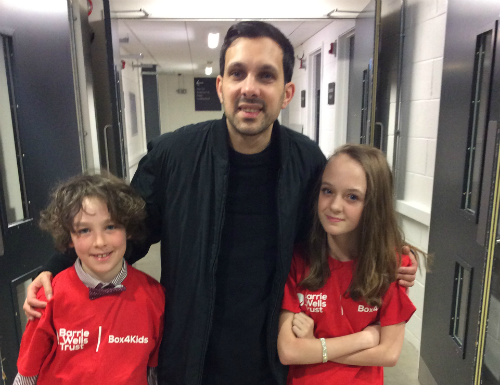